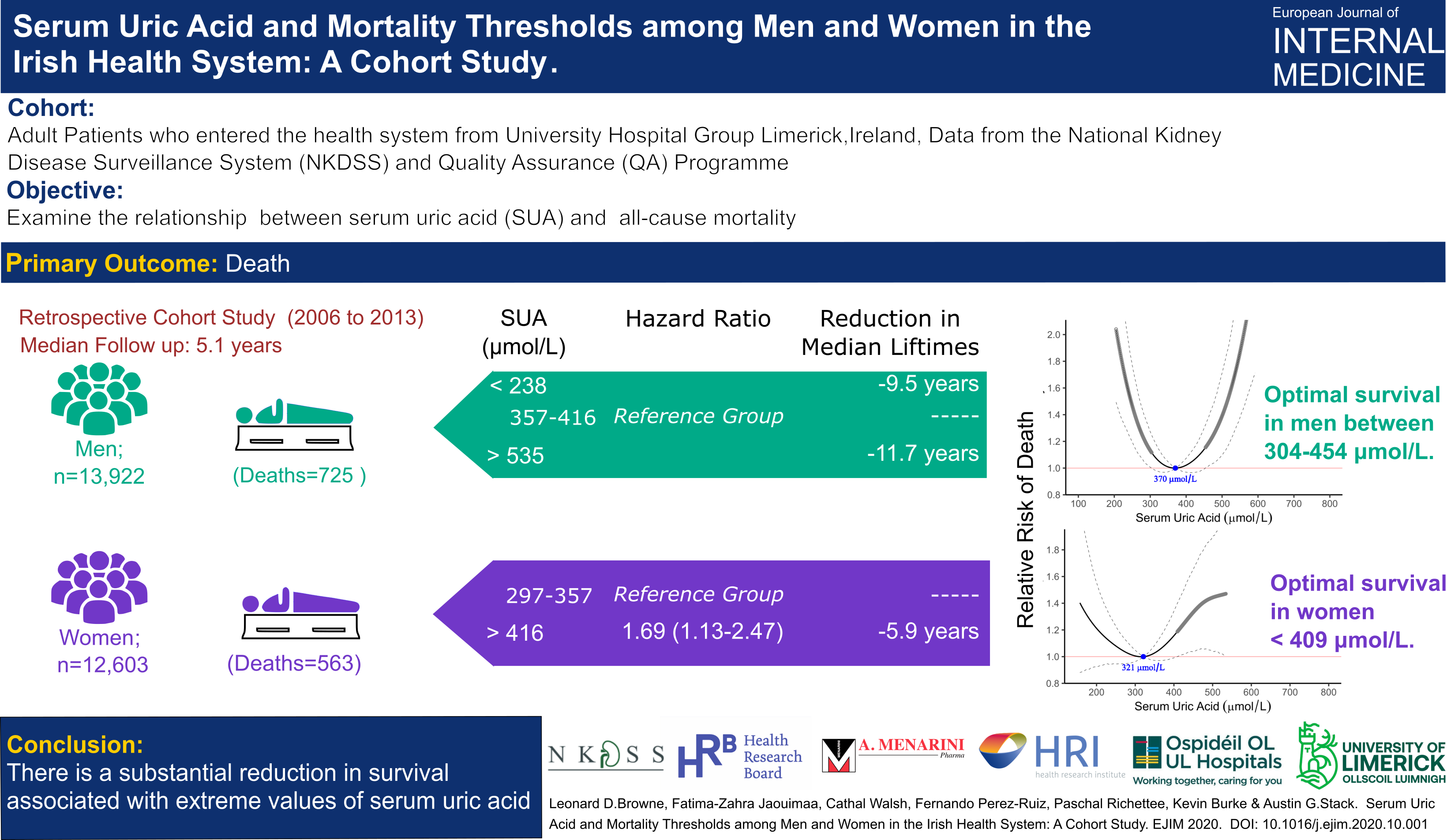 Extreme values of serum uric acid levels in the blood can markedly reduce a patient’s chance of surviving and reduce their lifespans by up to 11 years, according to a new study by researchers at University of Limerick’s School of Medicine.

In one of the largest studies and the first of its kind in Ireland, researchers found evidence of substantial reductions in patient survival associated with extreme concentrations of serum uric acid (SUA) for both men and women.

The study, which was seed funded by the Health Research Board (HRB), has just been published in the European Journal of Internal Medicine.

“This is the first study to yield detailed survival statistics for SUA concentrations among Irish men and women in the health system,” according to lead author, Dr Leonard Browne, PhD, Senior Research Fellow in Biostatistics at the UL School of Medicine.

“Our key question was to determine whether SUA, a routinely measured blood marker, could help us predict a patient’s lifespan, all else being equal,” Dr Browne added.

To answer this, the research team used data from the National Kidney Disease Surveillance System (NKDSS), based at UL, and created a large cohort of 26,525 patients who entered the Irish health system at University Hospital Limerick between January 1, 2006 and December 31, 2012, following them until December 31, 2013.

Dr Browne said the results were “quite astonishing”.

The shape of the mortality curves was quite different for men and women, according to Dr Browne.

“For men the shape of the association was predominantly U-shaped with optimal survival between 304-454 μmol/L, whereas, for women, the pattern of association was J-shaped with elevated risk of mortality only present for women with SUA levels beyond 409 μmol/L,” he explained.

Professor Austin Stack, Foundation Chair of Medicine at ULs School of Medicine, senior author of the study and Principal Investigator for the NKDSS at UL and Consultant Nephrologist at UL Hospitals, said there was good evidence that high levels of SUA are associated with a range of serious chronic medical conditions such as kidney failure, hypertension, heart disease, stroke and diabetes.

“These known associations might in part explain the high mortality that we observed for patients with elevated SUA levels in our study,” Professor Stack explained.

“Indeed, when we looked at the cause of death for these patients we found on one hand that that men and women with very high SUA levels died from cardiovascular causes of death. “On the other hand, and quite surprisingly, we also found that very low levels of SUA were also associated with a higher risk of death primarily in men. This would of course suggest that very low levels of SUA are also detrimental to survival.

“We had speculated that patients with very low levels of SUA might reflect a subgroup that were generally sicker and had poorer nutritional status. Although when we took these considerations into our analysis, low SUA levels still predicted higher death rates in men.

Uric acid is a by-product of the body’s metabolism and is associated with conditions such as heart disease, high blood pressure, stroke, kidney disease, and gout.

Previous work by the research group at UL found that hyperuricaemia is very common and affects about 25% of adults in the health system with a pattern of increasing growth year-on-year.

This current study adds to the body of evidence on the importance of SUA as a major predictor of survival and a potential target for treatment.

“A key consideration is whether we should treat hyperuricaemia and lower SUA levels to a desired target level in order to extend patient survival,” said Professor Stack.

Speaking about the results, Dr Mairead O’Driscoll, Chief Executive of the HRB, said: “This study demonstrates the enduring value of having robust datasets in place that have been collected over time. By researching the data, this team at UL and their partners are now making significant discoveries about uric acid on a frequent basis that will help shape treatments for people with conditions like heart disease, stroke and kidney disease.”

The paper, ‘Serum uric acid and mortality thresholds among men and women in the Irish health system: A cohort study’, by Browne LD, Jaouimaa F, Walsh C, Perez-ruiz F, is published in the European Journal of Internal Medicine and is available online here: https://www.ejinme.com/article/S0953-6205(20)30378-2/fulltext#seccesectitle0021.

The NKDSS and QA Programme is funded by the Health Research Board (HRA-2013-PHR-437 and HRA-2014-PHR-685), and the Midwest Education and Research Foundation (MKid). 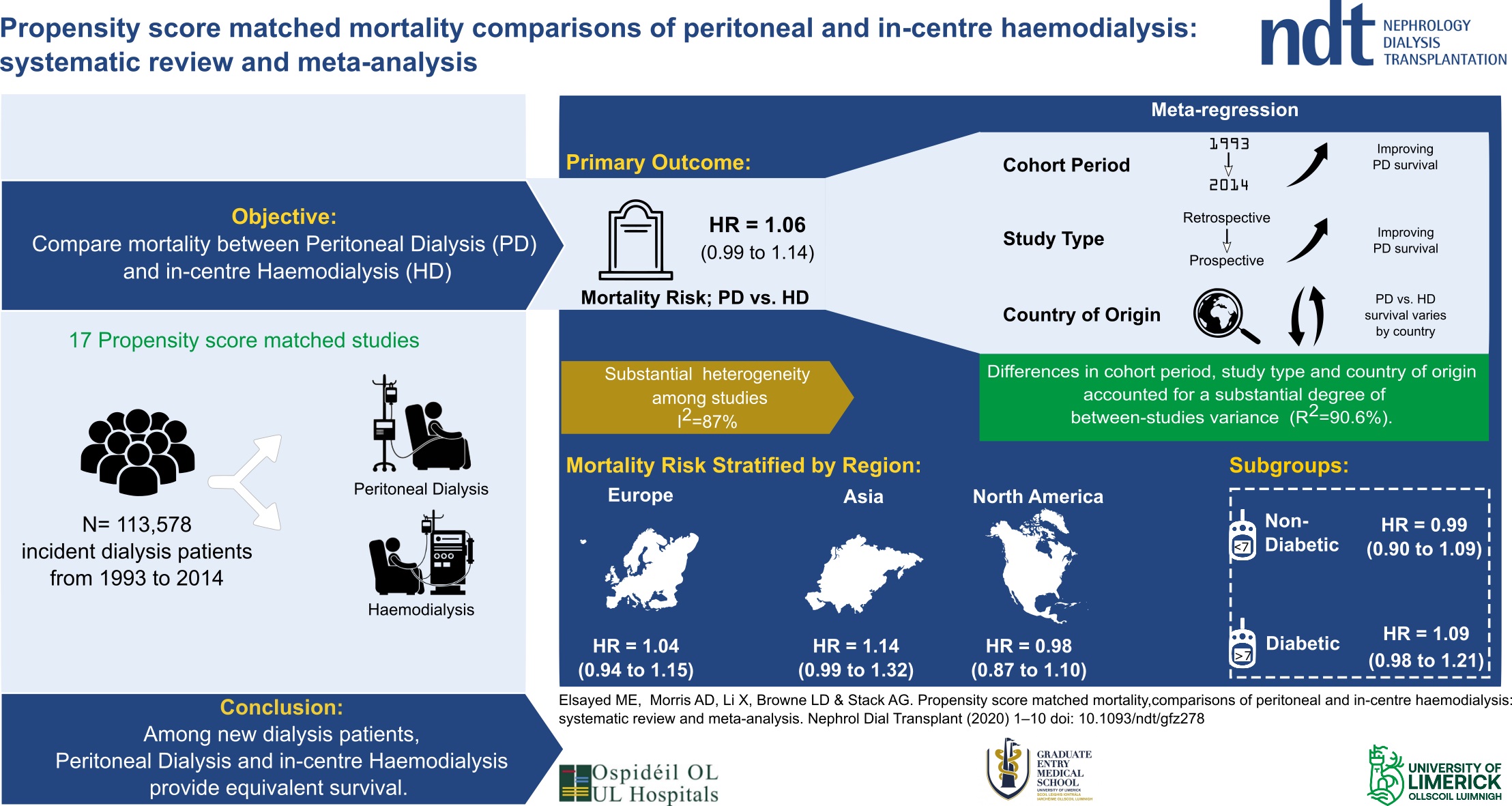 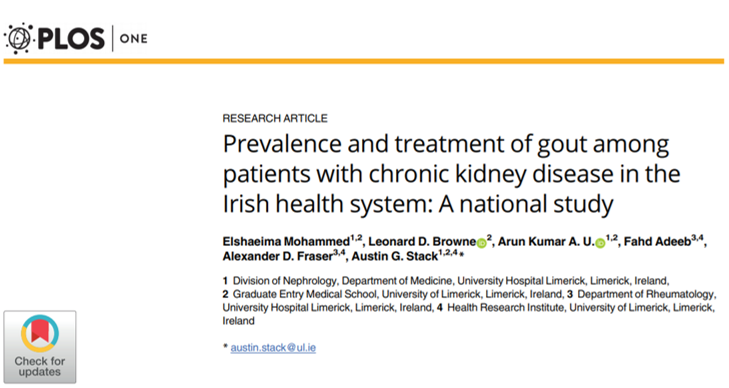